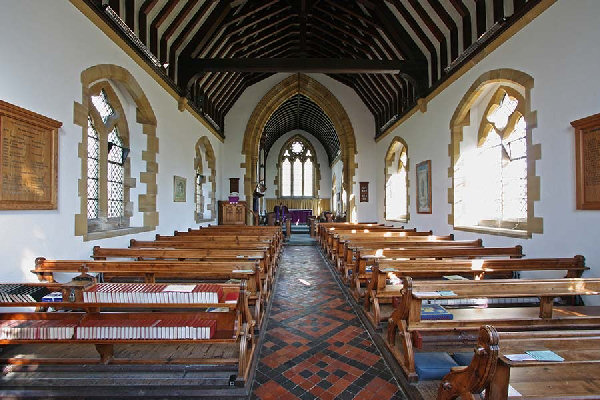 One of the smaller churches designed by Sir G.G. Scott, built in 1870 and paid for by the Hon. John Davison MP, at a cost of £2,500. It is a plain and simple building of nave and chancel, constructed of local sandstone in the then fashionable thirteenth century style. The enjoyable fittings are mostly of later date, nearly all added by a vicar in the early years of the twentieth century. Outside, the church is distinguished by an excellent lychgate and a pretty west gable under which is a large clock face.