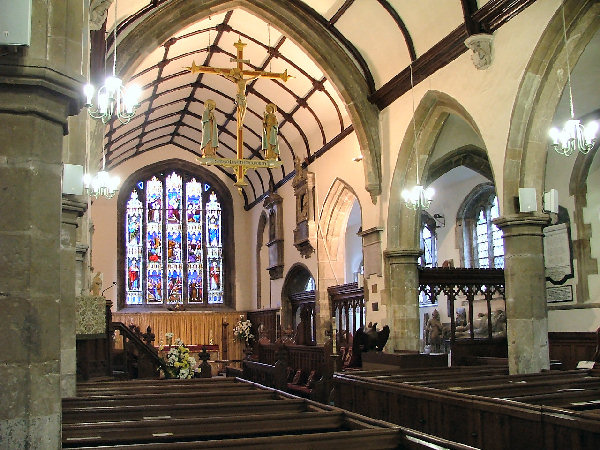 The west doorway, with an ogee-headed arch, is fourteenth century in date. It has many crockets running up the entire structure, although the finial has been lost and the string course that originally followed its outline now covers just a small piece of blank wall. The south doorway has two unusual grated ventilation openings. The nave is dignified by a hanging rood designed by Martin Travers in 1967 and may be seen against the elaborate east window of 1850, the glass of which was designed by Ward and Hughes. The south chapel, which is built of flint, was enlarged in brick in 1655 and contains some interesting monuments, most impressive of which is that to Sir Edward Hales (d. 1654). Sir Edward lies on his left side with big chubby cheeks. It is a very late date for a figure to be shown wearing plate armour.