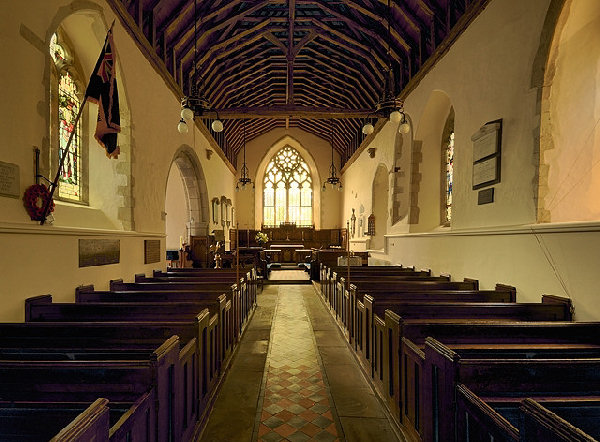 A charming, if somewhat plain, church set just off the Pilgrims' Way. In the north wall of the nave is a blocked Norman window, while the north chapel may be entered under an arch of possibly twelfth-century origin. For much of its history this chapel was the private pew of the Sheldon family. The nave runs straight into the chancel which is distinguished by a graceful east window of four lights capped with three circles of tracery. Below the window there is much panelling given in the early part of the twentieth-century and a small single sedile, piscina and aumbry of thirteenth-century date.