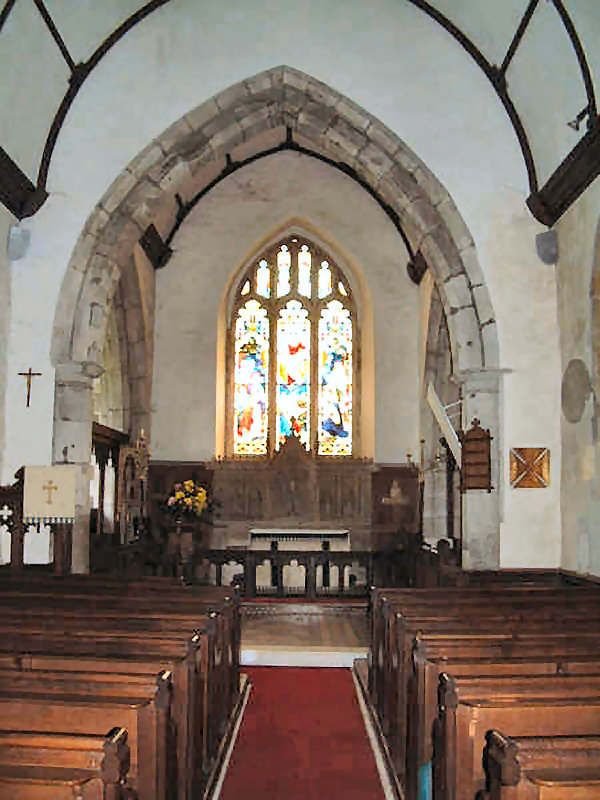 The church was built on a narrow promontory a long way from the centre of its village and is entered through a porch with pretty bargeboards. The Norman aisleless nave was extended to the west when the present tower was built in the fifteenth century, and the former outside corner of the Norman building may be clearly seen. The Victorians heavily restored the interior but the south chapel still contains much of interest, notably the Watton memorial of 1653 which blocks the former east window, the outline of which may be seen outside. This chapel also has a good contemporary painted ceiling.